Professor Malik Peiris, Tam Wah-Ching Professor in Medical Science, Chair Professor of Virology of School of Public Health, Li Ka Shing Faculty of Medicine, The University of Hong Kong (HKU), has been elected one of the 21 new foreign associates of The National Academy of Sciences (NAS) of the United States, in recognition of his distinguished and continuing achievements in original research.  Being elected a foreign associate of the NAS is a mark of excellence in science and considered one of the highest honours for a scientist.

Professor Malik Peiris is a clinical and public health virologist with a particular interest in emerging virus disease at the animal-human interface including influenza, coronaviruses (SARS, MERS) and others.  His current research encompasses the pathogenesis, innate immune responses, transmission, ecology and epidemiology of human and animal (poultry, swine, wild birds) influenza viruses.  In collaboration with colleagues, his research has provided understanding on the emergence and pathogenesis of the 2009 pandemic H1N1 virus and on avian influenza viruses H5N1, H9N2 and H7N9.  His work has provided evidence-based options for the control of these viruses in poultry and in humans.  In 2003, he played a key role in the discovery that a novel coronavirus was the cause of SARS, its diagnosis and pathogenesis. Currently he is researching the recently emerged MERS coronavirus.

Professor Peiris is also the co-director of WHO H5 Reference Laboratory at HKU, and an investigator in the Centers of Excellence for Influenza Research and Surveillance (CEIRS) program of NIAID, National Institutes of Health, USA.  He has an extensive collaborative research network globally.  He serves on various standing committees and ad-hoc advisory committees of the World Health Organization and Food and Agriculture Organization of the United Nations.  He was elected a Fellow of the Royal Society of London in 2006, awarded the Chevalier de la Legion d’Honneur, France, as well as Mahathir Science Award, Akademi Sains, Malaysia in 2007,  Silver Bauhinia Star (S.B.S.) of Hong Kong SAR Government in 2008 and Officier de la Legion d’Honneur, France in 2017.

“It is truly my honour to be elected a foreign associate of The National Academy of Sciences.  It is recognition of work done with many others at HKU over the years and it is really an honour for our whole research group,” said Professor Peiris.

Professor Gabriel M Leung, Dean of Li Ka Shing Faculty of Medicine, HKU, congratulated Professor Peiris on being elected a foreign associate of NAS in recognition of his achievements.  “We are absolutely thrilled that Professor Peiris’s pioneering work in public health virology has once again gained global recognition through his election to the pinnacle of scientific learned societies, the US National Academy of Sciences.  Professor Peiris’s achievement is testament to the Faculty’s leading role in generating impactful original research towards global health security,” said Professor Leung.

The National Academy of Sciences (NAS) is a private, nonprofit institution established in 1863.  It provides independent, objective advice on matters related to science and technology.  Including the newly elected members, the total number of active members and foreign associates of NAS are now 2,290 and 475, respectively.  Approximately 200 NAS members have received Nobel prizes. 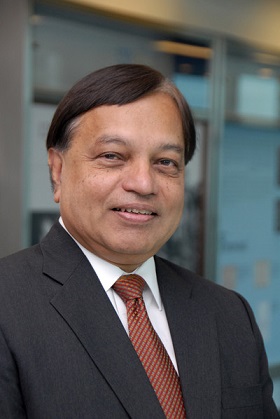