Physical fitness of Hong Kong children was found undesirable than their counterparts in the West and other parts of Asia in the study conducted by the HKU research team.  Students participating in the School Physical Fitness Award Scheme (a territory-wide scheme serving 190,064 students in 427 schools) and a sport mentorship programme were found to be more physically fit, less obese, and have better mental wellbeing.

Physical inactivity is an important public health issue worldwide.  In 2006, HKU has found that only 6.1% of our children participated in 60 minutes of physical activity every day (Recommendation on Physical Activity by World Health Organization).  Although the figure has risen to 8.3% in an official report in 2011, our next generation’s physical fitness is still a serious public health concern.  More effective strategies should be developed to promote regular exercise.

HKU has recently conducted two studies on the use of digital devices and two programmes on physical activities in children and adolescents as below:

The population representative survey conducted by HKU in 2016 found that 74.8% of children spent more than 2 hours on digital devices, compared with 20.8% in United States and 47.4% in Beijing, China.  On average, children spent more than 3 hours on school days and 7 hours in holidays on digital devices which is equivalent to half of their leisure time.  Children spent most of their screen time on video gaming (36.9%), followed by television viewing (36.2%), studying (20.4%), and web browsing (6.5%).

The longitudinal cohort study conducted by HKU showed that pre-schoolers who spent more time on television viewing and video gaming at age 5 were more likely to be overweight, have behavioural problems including emotional problems and hyperactivity as well as poor academic performance at age 9.  The positive link between screen time and risk of ADHD was also found in the HKU’s population representative study of primary school children.  Such duration effect was insignificant when parents provided guidance on children’s television viewing and video gaming.

A total of 137,957 students participated in the School Physical Fitness Award Scheme in 2016/17 and the data was analysed by the HKU research team.  Alarmingly, the flexibility, muscle strength, and cardiorespiratory fitness of Hong Kong students were lower than peers in China, Singapore, and Europe.  Excitingly, longitudinal data showed that the School Physical Fitness Scheme can help physically less fit students to improve these attributes over three years. 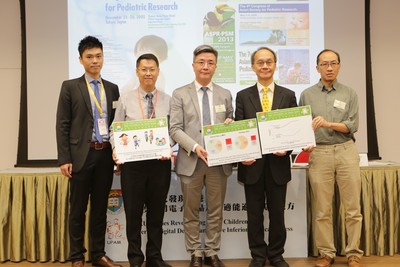