An international research team, led by virologists at the School of Public Health, Li Ka Shing Faculty of Medicine at The University of Hong Kong (HKU), provides the first comprehensive study of MERS (Middle East Respiratory Syndrome) coronaviruses in Africa. The findings are now published in the latest issue of Proceedings of the National Academy of Sciences, one of the world's most-cited and comprehensive multidisciplinary scientific journals. (link to the publication).

MERS coronavirus, a virus related to but not identical to SARS coronavirus, causes severe pneumonia with high fatality and is a cause of global public health concern. Since its discovery in 2012, over 2,100 laboratory confirmed cases have been reported, over 700 of these being fatal. It has repeatedly caused large outbreaks within hospitals in the Arabian Peninsula. One returning caused an outbreak in South Korea in 2015 leading to 186 cases and having a huge impact on the South Korean economy. The animal source of human infection is dromedary (single-humped) camels in the Arabian Peninsula. The virus is also found in camels across East, North and West Africa but humans have not known to acquire MERS from camels in Africa. The reason for this has remained unclear. This study aims to address this question.

The team at the School of Public Health at HKU coordinated and led a multi-national research consortium of scientists from multiple countries in Africa, Saudi Arabia, China, Europe and the USA to study MERS-coronaviruses in camels in West (Nigeria, Burkina Faso), North (Morocco) and East (Ethiopia) Africa. They coordinated the collection and analysis of 2,609 samples from camels in multiple African countries. They confirmed that MERS coronavirus infection was as common in camels in Africa as it was in Saudi Arabia. They found that the MERS coronaviruses from Africa were genetically very similar to, but distinct from, those in the Arabian Peninsula. Detailed investigation of viruses from West Africa showed that they had reduced ability to infect the human respiratory tract and to replicate in the lungs of mice made susceptible to MERS coronavirus infection. The researchers conclude that the MERS-coronaviruses from West Africa may pose a lower risk to humans.

The work was supported by the Contract HHSN272201400006C from the CEIRS network of NIAID, National Institutes of Health, USA and a Commissioned Grant from the Health and Medical Research Fund of the Government of Hong Kong. 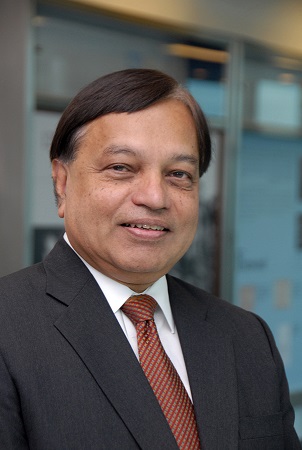 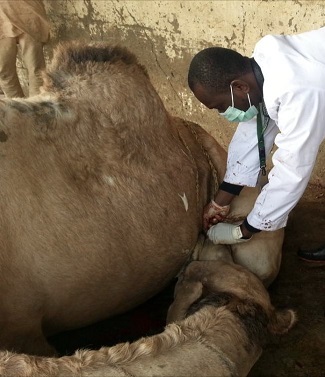 A sampling event conducted by this research team in West Africa.