Professor Malik Peiris, Tam Wah-Ching Professor in Medical Science, Chair Professor of Virology of School of Public Health, Li Ka Shing Faculty of Medicine, HKU, has been named one of the 10 “Science Stars of East Asia” by leading medical journal Nature.  Professor Peiris was singled out for his success as “an infectious-disease specialist in Hong Kong, who battles emerging pathogens that threaten the global population”.

Professor Peiris has made important contributions in understanding emerging viruses at the animal-human interface.  In collaboration with colleagues, his research has provided understanding on the emergence and pathogenesis of the 2009 pandemic H1N1 virus and on avian influenza viruses H5N1, H9N2 and H7N9.  His work also provided evidence-based options for the control of these viruses in poultry and in humans.  In 2003, he attracted international recognition when he played a key role in the discovery of the novel coronavirus that causes SARS and its diagnosis and pathogenesis. Currently, he is researching the recently-emerged MERS coronavirus, as well as studying the pathogenesis, innate immune responses, transmission, ecology and epidemiology of human and animal (poultry, swine, wild birds) influenza viruses.

Professor Malik Peiris is also the Co-Director of the HKU-Pasteur Research Pole (HKU-PRP) and helped to set up the joint biomedical research centre that was announced earlier this month between HKU, the Institut Pasteur and the Hong Kong Science and Technology Parks Corporation. This interdisciplinary research centre is focusing on immunology, infection and personalised medicine and is a direct response to the HKSAR Government’s call to turn Hong Kong into a centre of biomedical innovation and technology.

Professor Gabriel Leung, HKU’s Dean of Medicine, said: “Professor Peiris is a highly-valued member of staff, who has made important contributions not only to the study of infectious diseases but to the strength and vitality of this Faculty.  As Director of the new joint biomedical research centre, he will be helping us to focus research on biomedical innovation, a frontier area with great potential for new discoveries.  I'm sure his contributions will reverberate for years to come.”

Professor Peiris has extensive global research connections.  He is the co-director of the World Health Organisation’s (WHO) H5 Reference Laboratory at HKU, and an investigator in the Centers of Excellence for Influenza Research and Surveillance (CEIRS) program of NIAID, National Institutes of Health, USA.  He also serves on various standing committees and ad-hoc advisory committees of the WHO and the United Nations’ Food and Agriculture Organization.

In addition to being named a Science Star of East Asia, Professor Peiris has received a number of other honours.  He was elected a Fellow of the Royal Society of London in 2006 and named a Foreign Associate of the National Academy of Sciences in 2017, and he has been awarded the Chevalier de la Legion d’Honneur and Officier de la Legion d’Honneur by France, the Mahathir Science Award, Akademi Sains, by Malaysia, and the Silver Bauhinia Star by the Hong Kong SAR Government,

Professor Peiris expressed, “This recognition is not for an individual but for our whole team.  I am pleased that a number of those recognized by Nature are from Hong Kong and HKU, thus highlighting the research excellence within Hong Kong. This clearly shows that the recent Government initiatives to enhance support for biomedical research in Hong Kong as a basis of strengthening Hong Kong’s knowledge based economy are well-founded.” 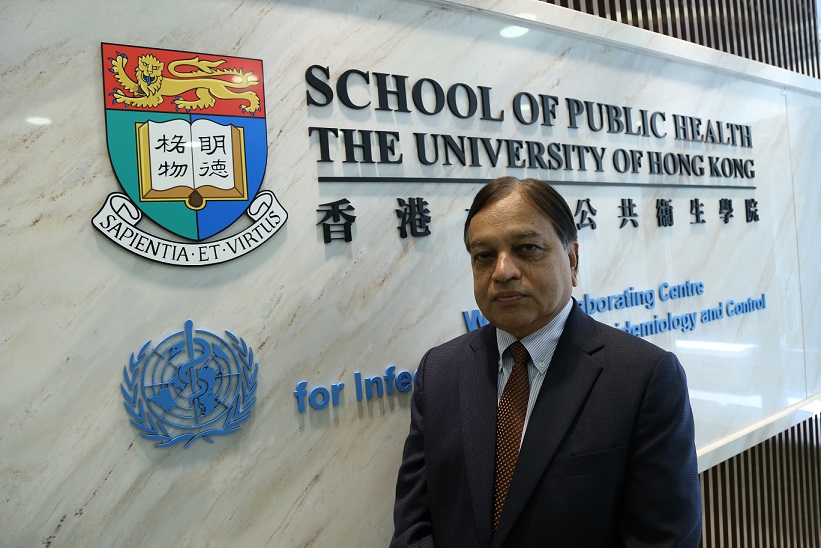 Professor Malik Peiris has been named one of the 10 “Science Stars of East Asia” by leading medical journal Nature.