The School of Public Health (SPH), Li Ka Shing Faculty of Medicine, The University of Hong Kong (HKU) held a party for the “Children of 1997” participants today to celebrate their 21st birthday at Loke Yew Hall, HKU.  The “Children of 1997” Birth Cohort Study (the Study), established by SPH and the Department of Health, Hong Kong SAR in 1997, is one of Asia's largest birth cohorts.  Looking ahead, the Study will set its sight in identifying causes of cardiovascular disease (CVD) through genetic and metabolomic analysis of samples collected from the study participants.

Professor Gabriel Leung, Dean of Medicine, HKU, said, “The year of 1997 marked a significant milestone in the history of Hong Kong, it was also the year the Study started.  Providing valuable health data to Hong Kong, the Study has been a success with the continuous contribution by the participants over the past 21 years.”  More than 80 research papers have been published so far, and the results of the studies have contributed to different public health policies such as the smoking ban in indoor areas and promotion of breastfeeding. Success of the Study greatly depends on the participation of the Cohort members.  As one of the first birth cohorts in Hong Kong, Professor Leung stressed that the research team would like to stay connected with all Cohort participants and work together to contribute to better population health locally and globally.

Besides the participants of the Study and the HKU medical students, renowned international affairs scholar Dr Simon Shen, talented artist Mr Phil Lam and HKU alumnus Mr Law Wing-chung also joined the party, sharing thoughts and experiences on their life at the age of 21 and their life back in 1997.

Collecting data for identifying the causes of CVD

The “Children of 1997” research team planned to substantially increase the wealth of data on the Birth Cohort, including a genetic scan at genome wide level and profiling of metabolites using samples collected at the Biobank clinical follow up. This will help identify novel genetic and metabolic risk factors for physical and mental health. Moreover, the team hope to understand more about the biological differences between men and women, as well as the causes of major diseases such as CVD and cancer. With an increasing awareness of the “War on Cancer”, the team also hope to call for a “War on CVD” to eliminate the disease.

Established by the School of Public Health and the Department of Health, Hong Kong SAR in 1997, the study successfully recruited over 8,300 babies born in April and May, 1997. Since then, the research group had conducted different studies on public heath by collecting different health data regularly. With the increasing awareness of both inter-generational influences on health, and the value of evidence from non-Western contexts, the study was resurrected and reconceived in 2005 by Professor Gabriel Leung and Dr Catherine Mary Schooling with a focus on life course epidemiology in a non-Western society.  Follow-up of the birth cohort was restarted in 2005 using record linkage to information routinely collected by governmental agencies, such as the Student Health Service, the Department of Health and Hospital Authority.  Since 2007, direct contact was also re-established with most of the birth cohort families in preparation for more active follow-up at regular intervals.  As of now, over 80 research papers were published and evidence was provided in support of public health initiatives. 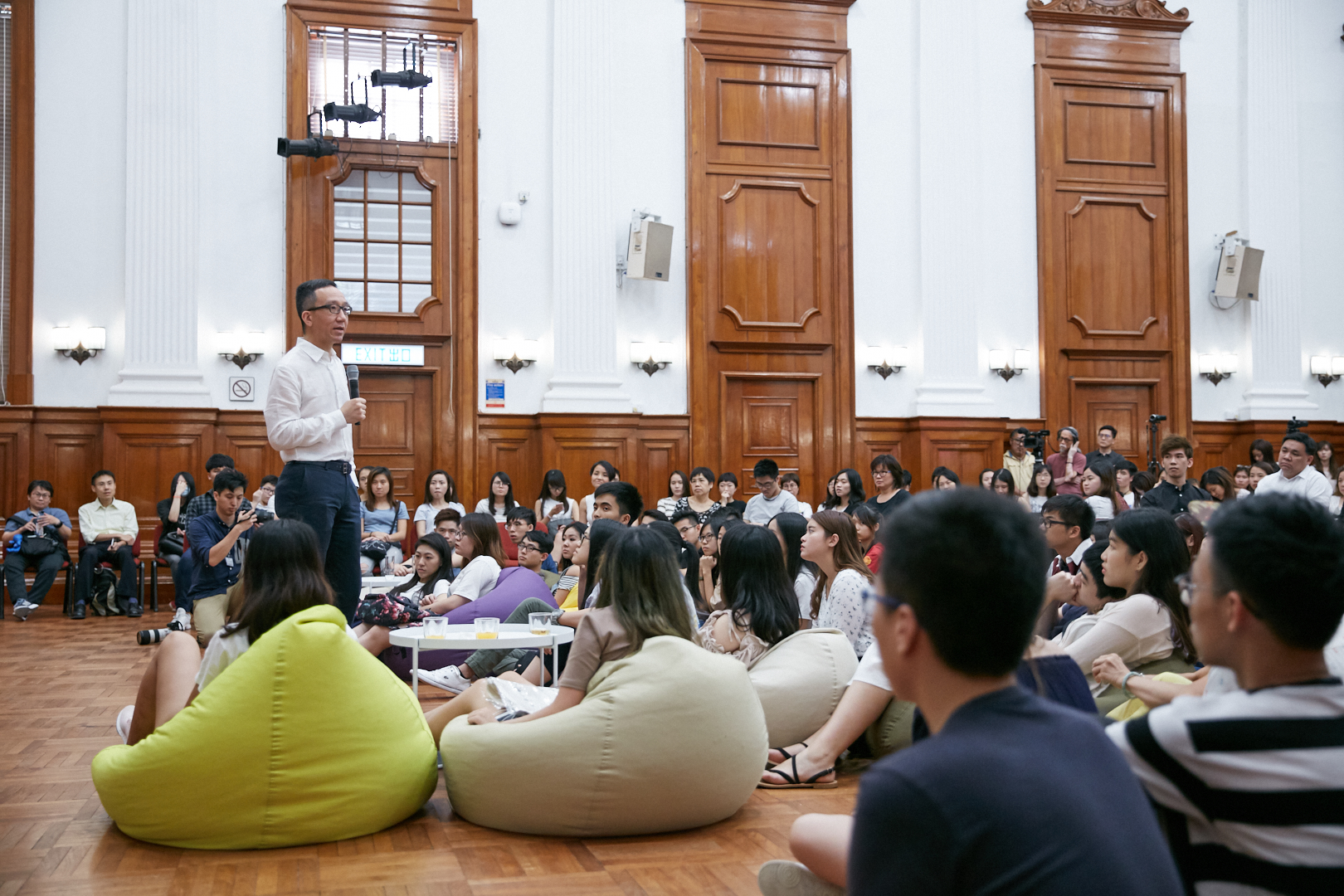 Professor Leung stressed that the research team would like to stay connected with all Cohort participants and work together to contribute to better population health locally and globally. 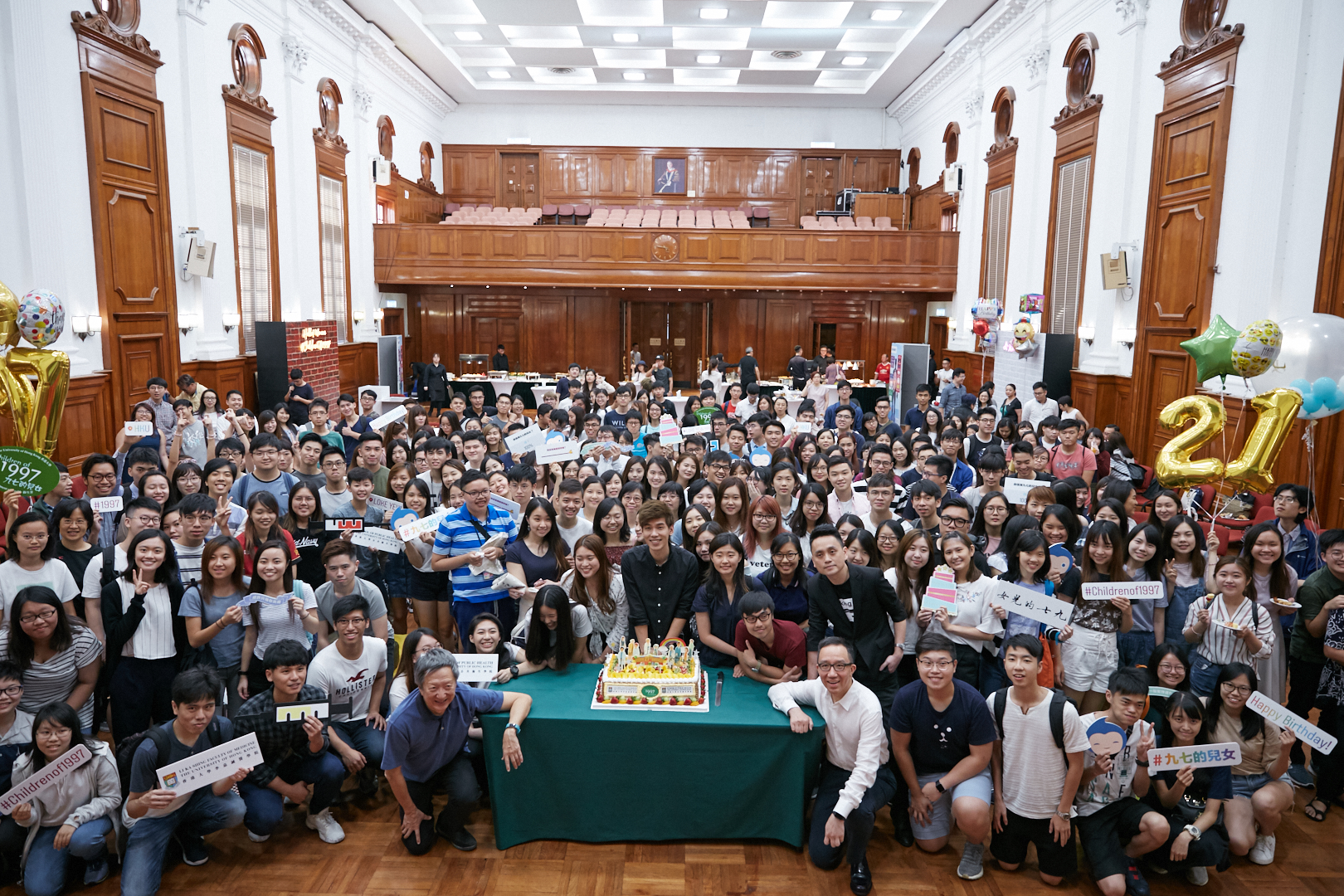 The School of Public Health (SPH), Li Ka Shing Faculty of Medicine, HKU, held a party for the “Children of 1997” participants today to celebrate their 21st birthday.