Primary liver cancer (Hepatocellular carcinoma, i.e. HCC) is the third leading cause of cancer death in Hong Kong. Hepatic resection remains to be the curative treatment of choice for HCC but its applicability is often limited by poor liver function reserve. Radiofrequency ablation (RFA) is an effective local ablative treatment for unresectable HCC but its efficacy is reduced for tumors located near blood vessels due to the 'heat sink' effect. For the first time in Asia, The University of Hong Kong Li Ka Shing Faculty of Medicine has introduced a new high-efficacy microwave ablation system to treat liver cancer, which demonstrates significant advantages over RFA, including ablating liver tumors of bigger size in shorter duration and more complete killing of cancer cells.

"Preliminary result of our research shows that microwave ablation may be a superior ablation modality for treatment of liver cancer, the advantages include more complete ablation and lower recurrent rate. The risk of having complications is also low." says Professor Ronnie Poon Tung-ping, Clinical Professor of Department of Surgery, The University of Hong Kong Li Ka Shing Faculty of Medicine and key researcher of the study. He believes that the microwave ablation has potential applications in treatment of cancer in other organs, such as lung, kidney and bone.

Recently a high efficacy microwave coagulation system has been developed and approved by Food and Drug Administration (FDA) of USA for clinical use in patients with liver tumors. This system was first introduced into Asia by The University of Hong Kong Li Ka Shing Faculty of Medicine via a collaborative study on primary liver cancer patients.

So far, 18 patients, aged 41-75 years old, have received microwave ablation at Queen Mary Hospital since late 2010. Among them, 7 patients had primary liver cancer and the remaining 17 patients had recurrent liver cancer. The median tumor size was 2.0 (1.0-4.8) cm in diameter. The median ablation time was only 8.5 (3-26) minutes, while median hospital stay was 4.5 (1-10) days. None of the patients developed complications (e.g. skin burn, hemolysis), postoperative morbidity or hospital mortality. The result shows that microwave ablation is highly effective as most of the patients have complete ablation of tumor after the treatment.

Advantages of the New Microwave Ablation for Liver Cancer

The new microwave ablation relies on the interaction of alternating electric field with water molecules to generate heat energy through water vibration and rotation. Compared with RFA, microwave ablation is more effective because of the following mechanisms:

The new microwave system is the first one to incorporate instant temperature feedback at the tip of electrode to modulate power output so as to ensure constant high temperature in the ablation zone, thus enhancing complete ablation of the tumor. Microwave ablation can eradicate a tumor in a much shorter duration when compared with RFA, and it allows ablation of tumors bigger than 5 cm. The capability of complete killing of cancer cells in the tumor is also higher, achieving a better chance of cure.

Limitations of the Current Treatment

Surgical resection and liver transplantation are the main curative treatments for HCC. Nevertheless, the majority of patients have unresectable HCCs because of advanced disease or poor liver function reserve. Besides, liver transplantation is indicated only for early small HCCs, and its application is limited by the shortage of liver graft in Hong Kong.

Thermal ablation provides an alternative curative treatment option for unresectable HCC. RFA is currently the standard ablative treatment for liver cancer. It produces heat by passing electric current that causes vibration of positive and negative ions in the tissues. However, local tumor recurrence is a frequent event in some studies. This is partly due to the fact that RFA is less effective in killing tumor cells near to major blood vessels as the vascular current carries away the radiofrequency energy i.e. heat sink effect. Moreover, RFA can only be used for liver tumors smaller than 5cm in diameter.

Primary liver cancer is one of the five most common malignancies in the world. More than 500,000 people developed this cancer annually around the world with more than half of the new cases occur in China. In Hong Kong, about 1700 cases of liver cancers are confirmed each year. Hepatitis B virus is a known risk factor for liver cancer and 8% of our population is infected by this virus. As a result, liver cancer remains to be the fourth most common cancer and the third leading cause of cancer deaths in Hong Kong 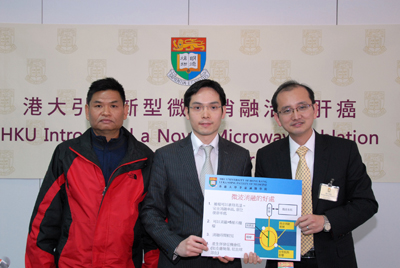 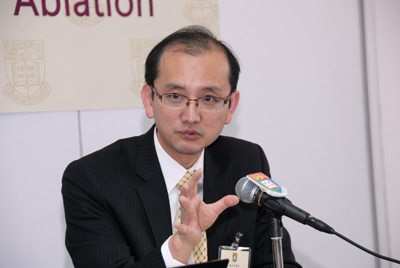 Professor Ronnie Poon Tung-ping, Clinical Professor, Department of Surgery, The University of Hong Kong Li Ka Shing Faculty of Medicine, says the preliminary result of the research shows that microwave ablation may be a superior ablation modality for treatment of liver cancer. 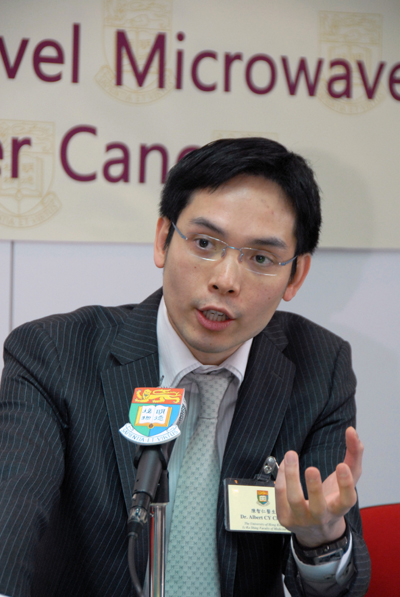 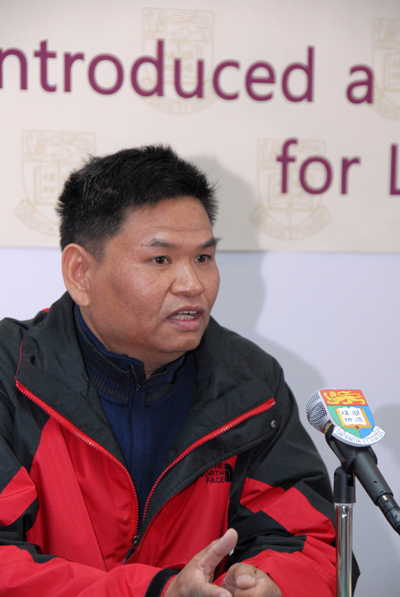 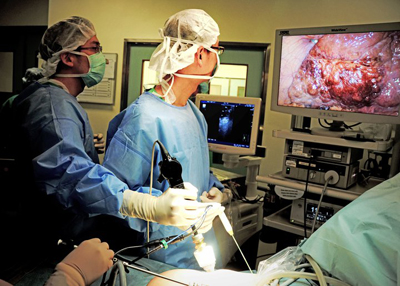 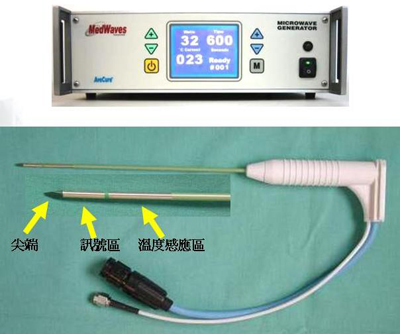