I. Background of analysing blood lead level in the US population

Lead affects development in children but is also related to high blood pressure and kidney disease in adults. In Hong Kong, blood lead has been measured in specific groups but not systematically in the general population. In the United States, lead has been a public health concern for many years, so blood lead level in the general population is monitored nationally and reliable data have been collected.

Cholesterol is one of the main risk factors for coronary heart disease, which is one of the top 3 causes of death in Hong Kong. Half of the people older than 45 years of age have high cholesterol. Every year, high cholesterol causes 2.6 million deaths in the world.7 Professor Bernard Cheung from the Department of Medicine and Dr Cheung Ching-lung from the Department of Pharmacology and Pharmacy at Li Ka Shing Faculty of Medicine, HKU conducted the first clinical trial on milk powders in Hong Kong people in July to August 2015. The primary objective of this study was to evaluate whether phytosterol, a natural ingredient, could lower cholesterol effectively.

Results of the clinical trial

Phytosterol is natural and safe. Most plants contain phytosterol, especially beans and nuts. It is suitable for different people, including those with normal cholesterol level, except children under 5, pregnant or lactating women. Phytosterol does not interfere with drugs that lower cholesterol; it can be taken concurrently. However, patients with heart disease, diabetes mellitus or very high cholesterol should consult their doctors for advice and should not rely only on phytosterol to reduce their cholesterol level. 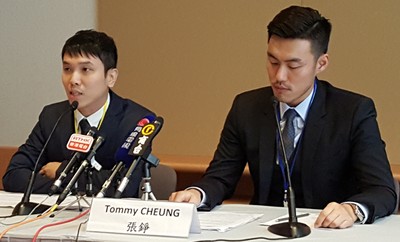