In 2009-2014, the Department of Psychiatry, Li Ka Shing Faculty of Medicine, The University of Hong Kong (HKU) conducted three Public Awareness Telephone Surveys on Psychosis, it found that no significant improvement on both public attitudes and discrimination towards individuals with psychosis. Public, especially for teenagers, showed a lack of mental health awareness; hence facing pressure or adversity, they are unable to cope with the situation. In view of this, Jockey Club Early Psychosis Project (JCEP) and Education Bureau co-organised a series of programme named “MindShift Educational Programme” in October, 2014. In the program, students learned stress coping skills and knowledge of mental illnesses. Meanwhile, they interacted with psychotic patients so as to destigmatise labelling. Students could then share these positive messages among their families and peers. After completion of the MindShift programme, students attended the Graduation Ceremony held in HKU today (June 27).

Dr York Chow, Chairperson of the Equal Opportunities Commission, mentioned in his speech that “There are still a lot of misunderstandings towards early psychosis. Indeed, patients show no differences from any of us. If they receive early intervention, they can be fully recovered. I hope that the community can be more considerate and understanding towards patients, and we will build an inclusive and harmonious society."

Professor Eric Chen, JCEP Programme Director and Clinical Professor and Head of Department of Psychiatry, Li Ka Shing Faculty of Medicine, HKU expressed that “this school-based programme in collaborated with Education Bureau has received positive and encouraging feedbacks, thanks to the support from participating schools and students. I also extend my gratitude to Early Psychosis Foundation (EPISO) for providing a platform for students’ volunteering in leading FitMind exercise with the patients; and I am grateful for the participation from their patients, yoga instructors, volunteers and staff. The programme also enlightened the patients to communicate with others so as to eliminate their self-stigmatisation. I hope that more organisations and groups can work hand in hand to reduce discrimination against those patients in future."

Maggie Wu, from St. Paul's School (Lam Tin), took part in the MindShift programme described that "After attending the series of workshop and interacting with patients in volunteer service, I have a better understanding towards psychosis and have a different view towards patients. Initially I thought they would behave in a strange manner, violent and emotional, but it turned out that they behave just as the way I do. I'll share my experiences and learnings with my friends and families, to eliminate their misconceptions about psychosis, and I hope the community as a whole would not judge them in a biased way."

About MindShift Educational Program
MindShift is co-organised by JCEP and Education Bureau. The Program aims to promote youth mental health education in order to raise their awareness. It provides students’ knowledge especially on the topic of early psychosis and equips them with skills to effectively cope with emotions, as well as to develop caring and inclusive values.

Program includes school-based talks and intensive training workshops with a wide range of topics including brain science, strategies in coping with stress, knowledge of mental illnesses, mindfulness exercises, skills for leading exercise and techniques in cognitive restructuring; as to gradually enhance students’ knowledge in different aspects of mental health. The program also offers volunteer service, in which students lead FitMind 10, an exercise especially designed for psychotic patents, in 12 weeks. Students with outstanding performance are invited to participate in attachment program at the Department and to learn from mental health professionals.

Jockey Club Early Psychosis Project (JCEP)
Jockey Club Early Psychosis Project (JCEP) is a six-year early psychosis project at the University of Hong Kong funded by the Hong Kong Jockey Club Charities Trust. This HK$68.82 million project is designed and implemented by the Department of Psychiatry. It aims to enhance the mental health wellness in Hong Kong which involves intervention, research, and public education in early psychosis, in support with the Hospital Authority, Caritas Hong Kong and the Mental Health Association of Hong Kong.

About Psychosis
Psychosis is a common mental condition including symptoms such as hallucinations, delusions, disorganised thoughts and speech. There are many causes of psychosis, and worldwide figures suggest that approximately 2-3 in 100 people would experience psychotic symptoms that are more enduring. Symptoms are resulted from an imbalance of certain chemicals in our brain (called neurotransmitters). Affected individuals are often gentle and not commonly display very strange or bizarre behaviour. 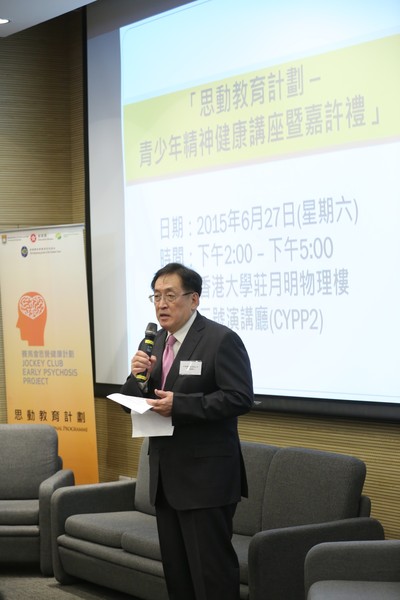 Speaking at the Graduation Ceremony of “MindShift Educational Programme”, Dr York Chow, Chairperson of the Equal Opportunities Commission, hopes that the community can be more considerate and understanding towards early psychosis. 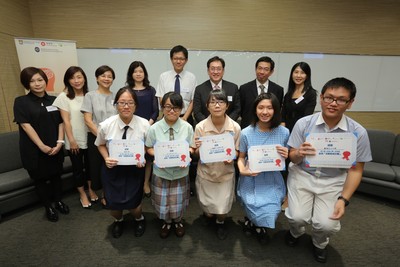 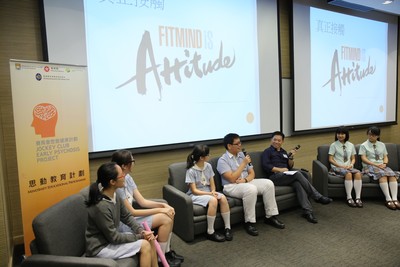 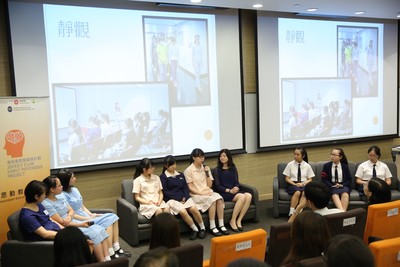