A research team led by scholars at the School of Public Health, Li Ka Shing Faculty of Medicine and the Department of Mechanical Engineering at The University of Hong Kong (HKU) provided the first direct experimental evidence that seasonal influenza A viruses can be transmitted by both large respiratory droplets as well as by fine airborne particles, the understanding of which is important for providing evidence-based advice for the transmission and control of influenza viruses. The findings are now published in the latest issue of Proceedings of the National Academy of Sciences, one of the world's most-cited and comprehensive multidisciplinary scientific journals. (link to the publication).

Transmission of seasonal influenza viruses during annual influenza epidemics may lead to acute respiratory infections in 10-20% of the population and approximately 500,000 deaths worldwide, including an average of approximately 12,700 respiratory hospitalizations and 431 respiratory deaths every year in Hong Kong. Influenza pandemics, which emerge at unpredictable intervals, pose even greater health and economic threats to the community. As such, providing effective and evidence-based advice on the use of hygiene measures plays an important role in reducing transmission and protecting the health of general public.

Understanding the mechanisms of influenza transmission is the key to generate such advice.

Influenza can potentially be transmitted from person to person by different routes, including 1) direct or indirect contact of infectious respiratory secretions; or 2) through airborne particles released from influenza patients during breathing, talking or coughing. Gravity has different effects on large and fine airborne particles - large particles that travel short distances from the infected patient can only mediate short-range transmission, while fine particles less than 5 µm may remain suspended in air and confer both short-range and long-range airborne transmission.

To clarify the relative importance between airborne transmission mediated by large respiratory droplets and fine airborne particles, the research team developed a novel transmission chamber that separates airborne particles by size. The researchers then used it to determine transmission of seasonal H3N2 and H1N1 influenza A viruses among ferrets. Ferrets are the best animal model for investigating influenza transmission in humans as illnesses in ferrets are very similar to that of humans, and viruses that have been shown to be transmitted by airborne route in ferrets are also found to be transmitted in humans.

The research findings showed that:

2) Transmission was not observed via exhaled airborne particles less than 1.5 µm;

3) Transmission was most efficient before onset of fever and continued for 5 days after infection.

The results provided the first direct experimental evidence that seasonal influenza A viruses can be transmitted by both large respiratory droplets as well as by fine airborne particles.

Previous studies from humans or using animal models have detected influenza viral RNA or infectious virus in airborne particles released in exhaled breath after infection without directly assessing their onward transmission potential. Through the application of the newly developed transmission device, systematic analysis can now be performed to understand the relative importance between large respiratory droplets compared to fine airborne particles.

This experimental chamber can be further applied to carry out similar studies directly on influenza-infected humans. Such follow-up studies are planned and will take approximately two years to complete. This approach can also be extended to investigate the modes of transmission of other respiratory pathogens, including emerging respiratory viruses.

Such “non-pharmaceutical” interventions may be the only options available to reduce transmission in the early stage of epidemics of newly emerged respiratory viruses or pandemic influenza as vaccines may take months to become available. The research findings are therefore useful in the formulation of evidence-based policy recommendations for the prevention and control of influenza transmission.

The work was supported by the General Research Fund (# 784313); the Theme-based Research Scheme (Project No. T11-705/14N) from the Research Grants Council of Hong Kong; Contract HHSN272201400006C from the CEIRS network of NIAID, National Institutes of Health, USA; and the AXA Research Fund. 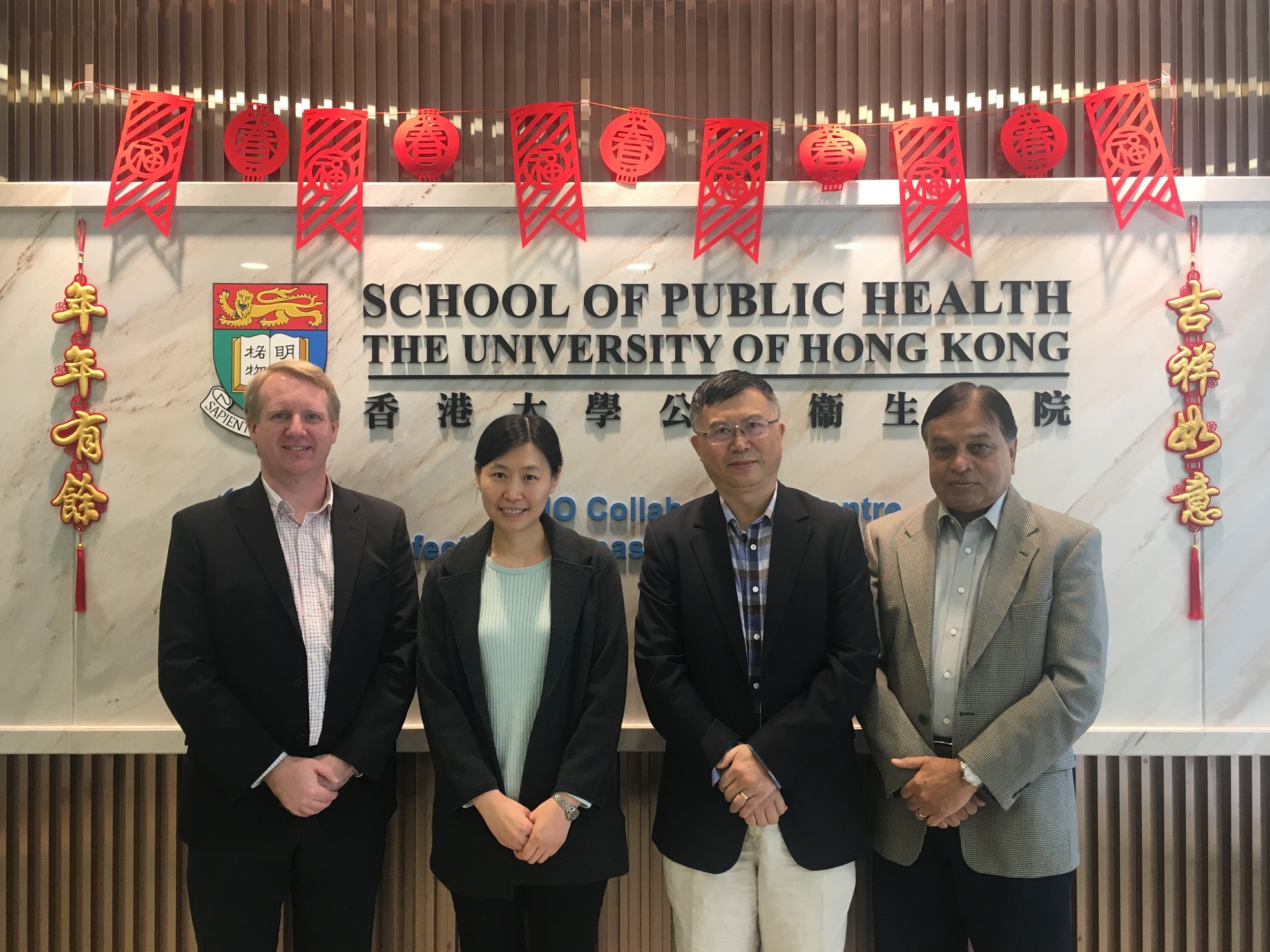 A research team led by scholars at the School of Public Health, Li Ka Shing Faculty of Medicine and the Department of Mechanical Engineering at The University of Hong Kong (HKU) provided the direct experimental evidence of influenza transmission by both droplets and airborne routes.