The “FAMILY Cohort” research team at the School of Public Health, LKS Faculty of Medicine, The University of Hong Kong (HKUMed) finds that the point prevalence of both probable depression and potential suicidal ideation have increased across all ages in both sexes over the past decade (from 2009 to 2019), coinciding with important sociopolitical events including Occupy Central and the Fugitive Offenders and Mutual Legal Assistance in Criminal Matters Legislation (Amendment) Bill (hereinafter “the Bill”).

A 10-year study that began in 2009 based on the “FAMILY Cohort” has been assessing the evolution of depression over eight waves of surveys before, during and after major social events from March 2009 to July 7, 2019.

Our previous studies found that Occupy Central was associated with a substantial and persistent increase in depressive symptoms.  In the wake of recent protests arising from the Bill, there has been concern that recent suicides may reflect a deep well of mental distress.

The FAMILY Cohort sample was obtained by stratified random sampling of households from all 18 districts in Hong Kong. Wave 1 of household visits (17,002 adults) was conducted from 2009-2011, and Wave 2 (12,448 adults) took place from 2011-2013.  In Wave 2, 73.2% of Wave 1 participants were successfully followed up.  A randomly drawn sample of adult participants aged 18 years and above who completed Wave 2 were surveyed within the first month of Occupy Central (Wave 3).  The study additionally oversampled young adults, due to higher levels of support of the protests within this demographic group, by randomly recruiting participants aged 18-35 years from the same sampling frame.  This population-based panel of individuals was followed up during Occupy Central (Waves 3 and 4) and after Occupy Central (Waves 5, 6 and 7) using telephone interviews. Additional samples from the FAMILY Cohort’s random core were added from 2014-2017 to maintain statistical power.

Depressive symptoms and suicidal ideation in the past two weeks were assessed using the Patient Health Questionnaire-9 (PHQ-9*) to detect changes in probable depression and potential suicidal ideation.

Our findings show that the point prevalence of probable depression increased between 2011 and 2019, rising from 1.3% in 2011-2014 (baseline), to 5.3% during Occupy Central in 2014, 6.1% in September 2017 (post Occupy Central) and currently 9.1% in June-July 2019 (“the Bill”).  There was little difference in probable depression whether or not respondents took part in the June 9, 16 or July 1 protest marches or generally supported the Bill, suggesting the increases may be related to a more generalized, community-wide “spillover” effect. Compared to baseline, the prevalence of probable depression has increased in both men and women and, most importantly, in all ages above 20 years. Of particular note, there is a marked monotonic upward sloping age gradient in the most recent survey wave (temporally associated with the Bill), which has not been observed previously.

Based on these results, the research team suggests that health care professionals need to be vigilant about the mental health impact during and indeed long after significant social events, including potential community spillover effects.  In the present instance, this should translate into carefully hearing out, listening to and heeding the voices of young people as appropriate; while at the same time be on the alert for mental distress in older adults, who also tend to be less educated, financially less well off, and men generally.

Prior evidence from Occupy Central also cautions against rumination on the news and social media during and after major social upheavals.  Proper and adequate social support and reducing intra-familial and society-wide socio-political conflicts may mitigate these adverse mental health effects.

The research team recommends that individuals should raise self-awareness of their own and their family’s mental state. Specifically, people should be vigilant of the emergence of depressive symptoms which include pervasive low mood, diminished motivation, loss of interest, sleeplessness, reduced appetite, negative rumination (e.g. sense of guilt, helplessness, worthlessness and hopelessness), and thoughts or even plans of self-harm. Progression or persistence of these symptoms, or impairment in daily, social and/or role functioning may already indicate the presence of a depressive disorder. Those who recognize these symptoms should seek help from mental health professionals promptly, and proper treatment is key to preventing undesirable outcomes and to achieving a quick recovery.

The research team considered PHQ-9 as a continuous depressive symptom score (range=0-27) and a binary indicator for probable major depression (PHQ-9 ≥ 10).  A score of 10 or greater has a sensitivity and specificity of 85% or over for the diagnosis of major depression.  PHQ-9 is a standardised nine-item scale consistent with the diagnostic criteria for major depressive episode in the Diagnostic and Statistical Manual of Mental Disorders, Fifth Edition (DSM-5).  It has been shown to be a reliable and valid measurement for depressive symptoms in the FAMILY Cohort.

About the FAMILY Cohort

The FAMILY Cohort is a territory-wide longitudinal cohort study that seeks to understand the health, happiness, and harmony of individuals, households, and neighbourhoods.  The Cohort includes 20,279 households and 46,001 participants who are representative of the Hong Kong population. 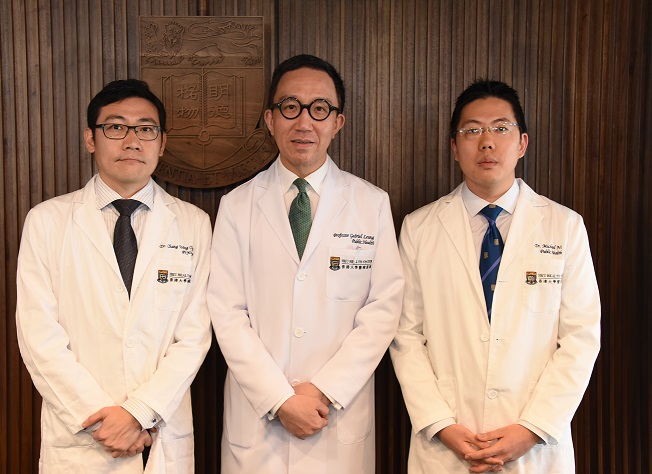