A study led by a team of the Centre for Safe Medication Practice and Research, Department of Pharmacology and Pharmacy of Li Ka Shing Faculty of Medicine, The University of Hong Kong (HKU), in collaboration with Duke University School of Medicine, University College London School of Pharmacy and researchers from 13 different countries, provided the largest population-based evidence on the trend of attention deficit hyperactivity disorder (ADHD) medication use across the world. The findings are now published in the latest issue of the Lancet Psychiatry, one of the highest-ranked journals in the field (link to the publication).

Attention deficit hyperactivity disorder (ADHD) is one of the most common neuro developmental disorders in children, with estimated worldwide prevalence among school-aged children of 5–7%. In Hong Kong (HK), the reported prevalence of ADHD is estimated to be 6.4% in children and adolescents. Children with ADHD are characterised by a persistent pattern of inattentiveness, hyperactivity and impulsivity.  Besides, ADHD children are more likely to develop a wide range of other behavioural and mental problems including learning disability, coordination disorder, oppositional defiant disorder, depression and substance abuse. These could lead to broader negative outcomes including being rejected by the peers, underachievement in academic performance and criminal activities. The impact of ADHD on affected children and their families can also be reflected on cost arises from use of health specialist education, social care and criminal justice services. Although ADHD is often perceived as a disorder of childhood and adolescence, there is increasing evidence that symptoms and impairments can persist into adulthood for up to 65% of children with ADHD, and that ADHD is present in approximately 2.5% of adults. ADHD is associated with a diverse range of mental health comorbidities and adverse health, academic, and psychosocial outcomes.

Drugs for ADHD in children and adults

Guidelines for children from North America, the United Kingdom, and Europe recommend the use of Central Nervous System stimulants, such as methylphenidate, and non-stimulants, such as atomoxetine, when pharmacological intervention is considered appropriate for the management of ADHD. Compared with children, there are fewer clinical treatment guidelines for adults with ADHD, and fewer medications specifically licensed for the treatment of this disorder in adults. Nevertheless, available overseas guidelines recommend pharmacological treatment as the ﬁrst-line therapy for ADHD in adults.

The research team conducted a population-based study to investigate the prevalence of ADHD medication use in 15 participating sites across four regions: Asia and Australia(Hong Kong, Japan, Taiwan, and Australia),North America (Canada and two sites in the USA),northern Europe (Denmark, Finland, Iceland, Norway, and Sweden), and Western Europe (France, the UK, and Spain). All data sources were generated from automated capture of electronic patient data. In Hong Kong, data from the anonymised territory-wide healthcare database of the Hong Kong Hospital Authority was used in this study. Available data across all sites covered a total of 154.5 million individuals from 2001 to 2015. The team examined the treatment use in these patients by age groups and sex.

The dramatic increase raised concerns about possible over-diagnosis and inappropriate prescription of ADHD medications. However, our data do not support this concern, indeed adults with ADHD is likely under-diagnosed and under-treated in Hong Kong.

Increases in ADHD medication use in both children and adults reflect improved awareness of ADHD and recognition of the importance of effective treatment to avoid long-term problems. However, the current clinical services provided by the Hospital Authority are unlikely to be sufficient to deal with the increasing needs of new patients and on-going care of current patients. Furthermore, unlike the UK, Hong Kong does not have comprehensive guidelines to meet the care of both adults and children with ADHD in terms of the diagnosis, treatment and education needs.

Our results show increases overtime with large variations in ADHD medication use in multiple regions. Increasing ADHD medication use in both children and adults supports a need for monitoring medication safety and effectiveness in exposed populations, particularly in adults, because of the scarcity of knowledge about ADHD medication use in this age group in Hong Kong as well as other countries.  Our research team will continue to lead international collaboration in research for better care for children with ADHD and other psychological issues. 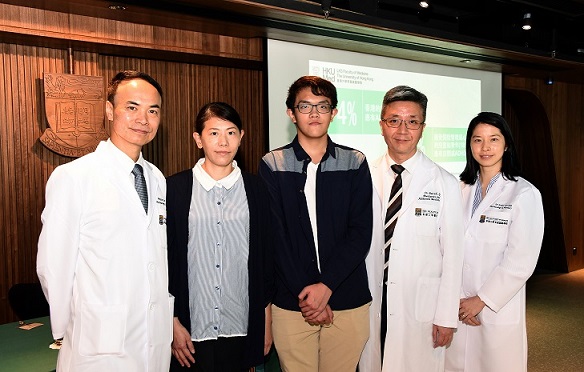 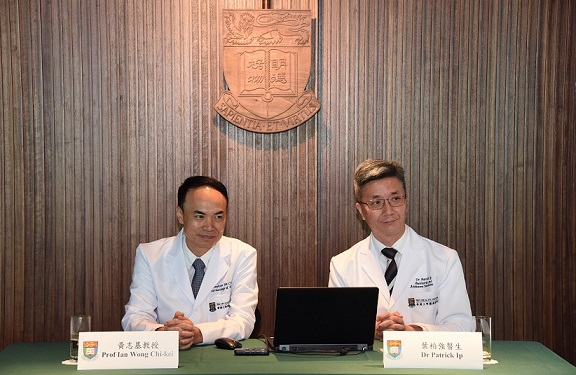 A study led by Professor Ian Wong Chi-kei, Head of Department of Pharmacology and Pharmacy (left) and Dr Patrick Ip, Clinical Associate Professor of Department of Paediatrics and Adolescent Medicine (right) of The University of Hong Kong finds that ADHD drug use has increased in Hong Kong and 13 different countries.