Department of Paediatrics and Adolescent Medicine of Li Ka Shing Faculty of Medicine, The University of Hong Kong (HKU) analysed 742,552 cases of children between 0-19 years old, who attended Accident and Emergency (A&E) Departments under the Hospital Authority (HA) between 2001 and 2012.  The research results indicated a significant difference in injury rates among children of various districts, with some districts presenting higher child injury rate.  The research team also spotted a rising trend of children seeking emergency services due to falling and abuse during the research timeframe.  In fact, some of the child injury incidents are avoidable.  HKU recommended relevant departments to implement relevant policies and allocate resources effectively to prevent all types of accidents from happening.

Globally, injury is one of the leading causes of death and disability among children and teenagers.  It is also an issue worthy of public attention in Hong Kong and other Asian areas.  The report of the Department of Health revealed that for every 100,000 children aged 1-14, 3.1 died from injury or poison.  According to the statistics from the 2011 Census, the population of 0-19 years old constitutes 20% of Hong Kong’s population of 7 million.  Varying characteristics are displayed in each district, regarding population, housing type, and geographical specifics.  Society concerns the incidence and mortality of severe accidents.  The HKU research promotes a holistic view of the severity of children’s injuries, which helps the government, district councils, communities and policymakers to tailor-make policies and efficiently allocate resources to minimise accidents among children.

To facilitate the planning, execution, and evaluation of child’s injury prevention, HKU compared the number of cases of 0-19 year-old children in 18 districts who sought medical attention at HA’s A&E Departments during 2001-2012 retrospectively to identify districts of highest and lowest injury incidence.

Based on HA’s database, the study also compared the incidence rates and trends of children’s intentional and unintentional injuries; examined differences between districts and in relations to socioeconomic indicators; summarised and quantified injury patterns by district, and disseminate to all district councils for specific preventive measures; investigated specific injury type and analysed its trend and injury mechanism to facilitate the formation of preventive measures.

The research finding discovered an increasing trend of children resolving to accident and emergency services due to fall injury in the 12 years of study. There were also more children receiving the service because of abuse, among which, children of 5-9 years old were shown to be a high-risk group.

The injury rate of children varied significantly among 18 districts.  Dr Patrick Ip, Clinical Associate Professor of Department of Paediatric and Adolescent Medicine, Li Ka Shing Faculty of Medicine, HKU points out, “If we could reduce the injury rates to a minimal in all districts, 30% of the accidents could be prevented, which is equivalent to 19,488 cases and could save approximately HK$13.64 million of accident and emergency expenses.”

Regression analysis also showed that injury correlates with socioeconomic indicators.  Among the 4 socioeconomic indicators, smaller average household size, higher household income, and higher employment rate are important protective factors.  Also, male is more prevalent to injury than female.  However, the change in the ranking of overall injury rate among districts is not apparent.  For example, industrial injuries concentrate in Tai Po, Tuen Mun, and Kwai Tsing Districts, districts with industrial areas and the ranking of these districts is relatively stable.  Concerning traffic accidents, northern and southern districts in Hong Kong are the high-risk areas.  Such trends indicate a potential connection between the injury and geographical characteristics and location.

Meanwhile, the records of A&E Departments are not comprehensive.  There were 30% of unclassified cases, and 70% of cases lack international code of disease coding, which is a barrier for further analysis to facilitate resource allocation for more effective prevention, treatment and rehabilitation services.  In order to understand the injury situation and facilitate resource planning, Dr Chow Chun-bong, Honorary Clinical Professor of Department of Paediatrics and Adolescent Medicine, Li Ka Shing Faculty of Medicine, HKU says, “The Hospital Authority should further classify the cases and diseases in the database, as well as integrate it with other official databases, including the traffic statistics of Hong Kong Police Force and Transportation Department, child abuse database of Social Welfare Department and occupational health and safety statistics of Labour Department.  In the long run, a child central database should be established for holistic understanding of child-related issues.”

Besides, as intentional and accidental injuries pose concerns to society, investigations from the multi-disciplinary professional group, comprising of medical professionals, social workers, educators, engineers, police and psychologists, etc., are needed to inspect the root cause of injury cases and design practical preventive measures. 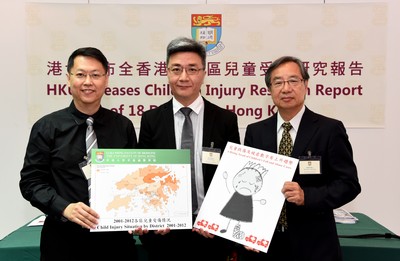 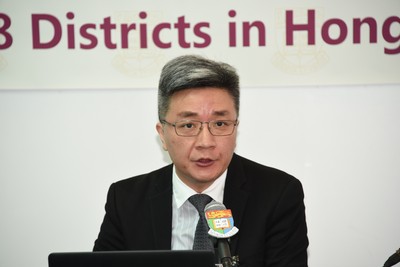 Dr Patrick Ip, Clinical Associate Professor, Department of Paediatrics and Adolescent Medicine, Li Ka Shing Faculty of Medicine, HKU, points out that if we could reduce the injury rates to a minimal in all districts, 30% of the accidents could be prevented. 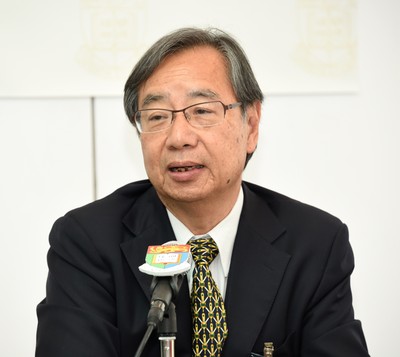 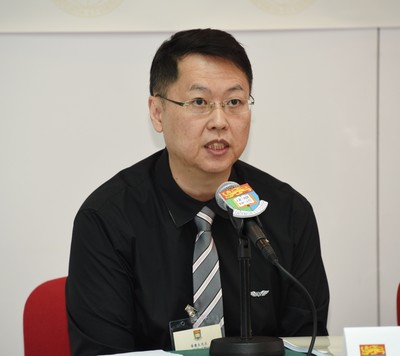