Hirschsprung (HSCR) disease (congenital megacolon) is a birth defect affecting the motility of the bowel.  These babies suffer from severe constipation and intestinal obstruction because the nerve cells which co-ordinate bowel movements are absent.  It is a global problem but is particularly prevalent in Asia, affecting 1 in 3,000 babies.  It is known that DNA changes disrupting the function of RET gene cause a severe form of HSCR disease (total colonic aganglionosis).  However, 80% of HSCR patients have short-segment HSCR disease (S-HSCR), which has not been associated with genetic factors.

Li Ka Shing Faculty of Medicine, The University of Hong Kong (HKU) has created a stem cell-based disease model of HSCR for discovery of novel DNA changes that contribute to disease phenotypes.  With the stem cell-based disease model of HSCR and the next-generation sequencing technologies, the study identified that a specific DNA change in vinculin (VCL) gene disrupts the migration and differentiation of neural stem cells of the bowel, leading to malformation of enteric nervous system as seen in HSCR patients.  The newly developed stem cell-based disease model provides a powerful platform for studying the heterogeneous phenotypes of the diseases and that represents an important step toward personalised treatment.  The research has just been published in Gastroenterology, the top journal in the field of Gastroenterology.

Babies born with HSCR disease will die unless the portion of the bowel with no nerve cells is surgically removed.  In Hong Kong, over 120 affected babies have been operated in the last ten years.  Nevertheless, the functional outcome of surgery is variable and a significant number of patients still suffer from life-long complications, ranging from intractable constipation, incontinence, enterocolitis to devastating short bowel syndrome, leading to not only tremendous psychosocial impact on the patients, but also a heavy financial burden to the health care system.

HSCR disease is attributed to a failure in formation of nerve cells in the intestine.  During development, neural stem cells in the bowel (enteric neural crest cells, ENCCs) need to migrate a long way to fully colonise the entire bowel.  ENCCs also undergo differentiation to give rise to a wide-range of nerve cells, which subsequently form a neural network to control the bowel movement.  The migration and differentiation of ENCCs have to be precisely regulated, in order to establish a functional network for the bowel.  DNA changes in the genes implicated in these two processes may disturb the formation of functional neural network, leading to HSCR disease.

Based on the previous findings published in 2009-2015, the HKU research team further established a human stem cell-based disease model for identification of novel disease-associated DNA changes, and elucidating how these DNA changes cause HSCR disease.  The team has established numerous “diseased” induced pluripotent stem cells (iPSC) lines by (1) reprogramming fibroblast cells from 1 patient with total colonic aganglionosis (with a DNA change in RET) and from 2 patients with S-HSCR (without DNA change in RET); and (2) introducing RET mutations (HSCR-associated DNA changes) into a healthy control iPSC.  The disease relevant cells (ENCCs) were generated from the “diseased” and healthy control iPSC lines. Migration and differentiation capacities of iPSC-derived ENCCs were analysed in differentiation and migration assays.

The study revealed that ENCCs derived from all “diseased” iPSC lines, but not healthy control iPSCs, had defects in migration and neuronal lineage differentiation.  RET mutations were associated with differentiation and migration defects of ENCCs in vitro.  To further discover novel DNA changes associated with S-HSCR, the team used the next-generation sequencing technologies to correlate the DNA changes with the changes in the expression profile of the patient iPSC derived ENCCs.  The team successfully associated a DNA change in the vinculin gene (VCL M209L) with S-HSCR.  Using the latest genome-editing technology (CRISPR/Cas9), the HSCR-associated DNA changes (RET G731del and VCL M209L mutations) were corrected in iPSCs.  These corrections restored the differentiation and migration capacities of ENCCs.

Collectively, HKU researchers have identified DNA change in VCL associated with S-HSCR.  Correction of this mutation in iPSC using CRISPR/Cas9 editing, as well as the RET G731del mutation that causes HSCR disease with total colonic aganglionosis, restored ENCC function.  The current study demonstrates how human stem cells can be used to identify disease-associated DNA changes and determine how they affect cell functions and contribute to pathogenesis.

In the last decade, the HKU research team has conducted various genetic and functional studies to explore the genetic basis of HSCR.  The first whole genome genetic screen was conducted on 200 patients with HSCR and 408 healthy individuals to identify the susceptibility genes for HSCR disease.  The work was published in Proceedings of the National Academy of Sciences in 2009.  Subsequently, the team employed another sophisticated computational and statistics methods to identify a discrete number of genes which interact with each other to cause HSCR disease.  With the mouse models, the study identified that specific DNA changes in Patched (PTCH1) and Delta-like 3 (DLL3) genes will lead to premature development of nerve-supporting cells, thus increase the risk of having HSCR by 278%.  The research was published in Journal of Clinical Investigation in 2011, the top journal in the field of developmental biology.  In 2015, the team identified several novel GLI mutations in HSCR patients.  With the mouse models, the study directly demonstrated for the first time the coordination of SUFU-GLI-SOX10 gene in formation of nerve cells and nerve-supporting cells in the bowel and that its perturbation leads to HSCR.  The findings were published in Gastroenterology in 2015. 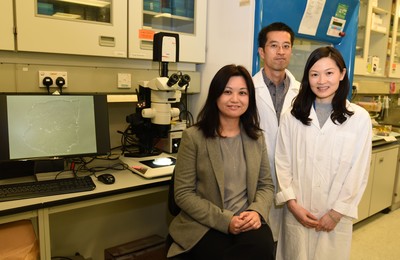 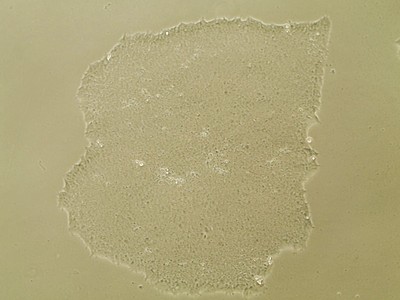