Epstein-Barr virus (EBV) is a human gamma-herpesvirus that infects more than 90% of adults and is associated with almost 100% of nasopharyngeal carcinoma (NPC) diagnosed in the Southern Chinese populations. The virus is also found in other cancers including gastric carcinoma, Burkitt lymphoma, Hodgkin lymphoma and other lymphoma types.

NPC is highly concentrated in just a few populations around the world, namely, Southern Chinese, North Africans and Inuits. It has a predilection to affect young adult males with the incidence rate reaching 25 per 100,000 males in Southern Chinese. According to the cancer statistics in 2012, NPC is the most common cancer for males aged 20-44 years with mortality rate of 40.2% in Hong Kong. NPC is usually detected in late stages but the survival rate can be doubled if it is detected in early stages. Most research focuses on the human genetic factors. However, viral genetic factors linking to NPC are not well studied or understood.

A research team in The LKS Faculty of Medicine of The University of Hong Kong (HKUMed) has performed a case-control study comparing genomic sequences of EBV isolated from saliva samples of 142 healthy carriers with those from primary tumour biopsies derived from 62 patients with NPC of Hong Kong. They discovered that healthy carriers harbour five different sub-groups of EBV while the majority of NPC harbour two of these sub-groups. These two high risk EBV variants consisting of particular genetic variations are found in 97% NPC cases but only in 40% healthy subjects. This study reveals, for the first time, that viral genetic factors are intimately linked to the development of NPC. The research findings are published in the International Journal of Cancer in December 2018 (https://doi.org/10.1002/ijc.32049) and a patent on the high risk EBV variants has been filed in November 2018.

The presence of high risk variants of EBV in the majority of NPC and a proportion of population carriers of Hong Kong supports an important role of EBV genetic variations in the pathogenesis of NPC and explains the high incidence of NPC in endemic area such as Hong Kong. Analysis of EBV variants can be potentially incorporated into screening method to identify individuals at high risk of developing NPC. For instance, detection of plasma EBV DNA load has been found to be a potential screening method for detection of NPC at early stages. However, this screening method does not yield information on the types of EBV variants. The authors predict that addition of information on the carriage of high risk EBV variants, which are present in 97% NPC compared with 40% healthy individuals in Hong Kong, can significantly increase the predictive value of the screening test.

This study is funded by the PI’s research grants of Health and Medical Research Fund (Project 02131706), NPC Area of Excellence Scheme (AoE/M 06/08 Center for Nasopharyngeal Carcinoma Research) and Epstein-Barr virus Research (#20004525). The authors would like to acknowledge the Tissue Bank of NPC Area of Excellence Scheme (AoE/M 06/08 Centre of Nasopharyngeal Carcinoma Research) for providing the tumour biopsies. 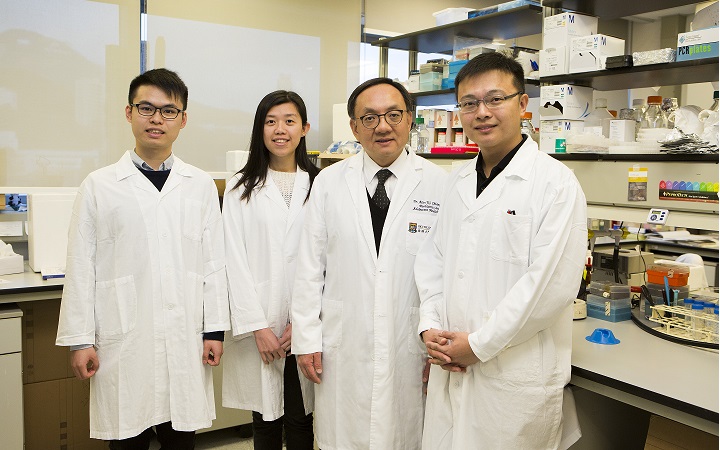 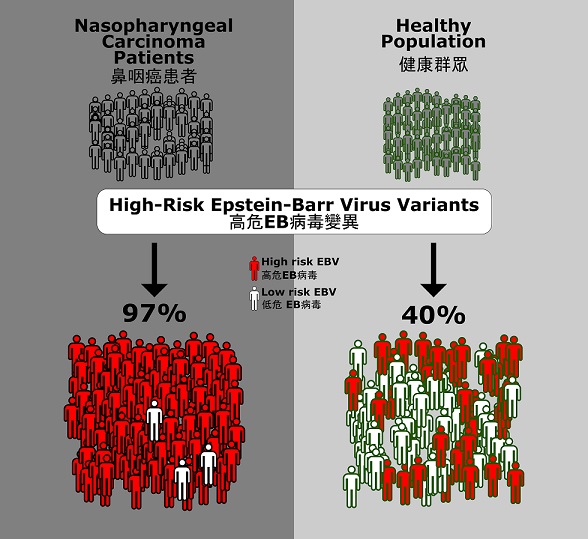